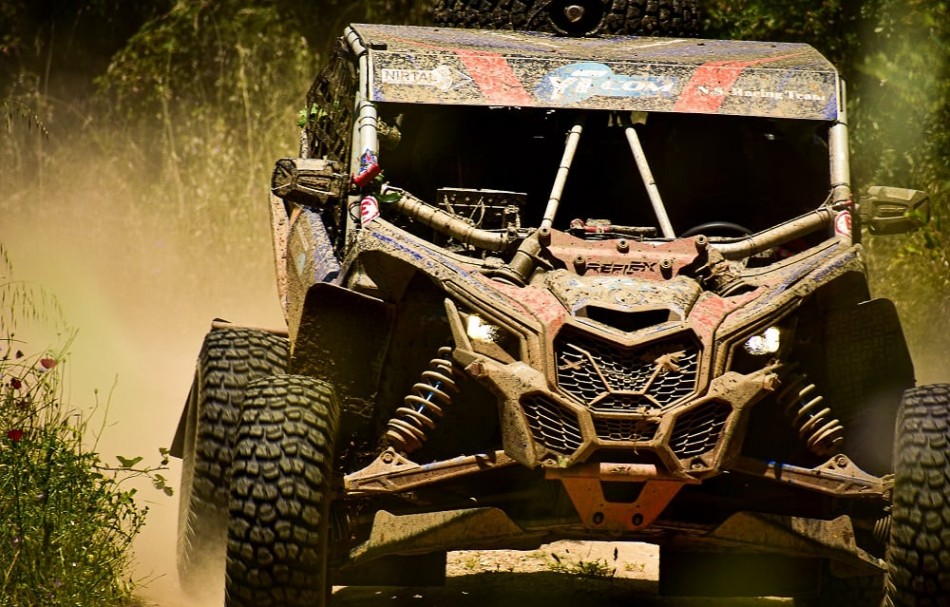 Rally Greece Off-Road joins an official FIA championship for the first time this weekend and will host the second round of the 2022 FIA European Cross-Country Bajas Cup.

The event is organized by the Attica Motorsport Club, in collaboration with the Greek Automobile Club West Attica and the Hellenic Ministry of Culture and Sports. It is based in the western Macedonian town of Argos Orestiko in the north of the country.

The Italian R Team duo of Andrea Schiumarini and Alessandro Bellini will contest the FIA ​​T2 section for show production vehicles in their Mitsubishi Pajeros.

Santiago Navarro is currently leading the FIA ​​T3 championship following his home class win. Six Can-Am crews will battle for the honours, with FN Speed ​​entering cars for third-placed Jordi Vidiella and Navarro, while South Racing is fielding a pair of Mavericks for Italian Eugenio Amos and Hungarian Lorinc Meszaros. The Spaniard Ricardo Ramilo and the Portuguese Filipe Nascimiento complete the training of T3.

Poland’s Tomas Bialkowski has an eight-point lead in the FIA ​​T4 class and is sixth in the overall driver standings. The Polaris driver leads a field of five T4 cars and faces competition from closest Italian T4 rival Amerigo Ventura (Yamaha), Spaniard Miguel Angel Valero, Hungarian Balazo Molnar and Lithuanian Egidijus Valeisa in a Can- Am SRT.

The Greek event first took place in 2013 from the southern town of Kalavryta, then moved to Florina in western Macedonia in 2014, where it remained for four more years.

The race moved to Kastoria in 2018 and 2019, then to its current location in the town of Argos Orestiko in 2021 when action resumed after the Covid-19 shutdown. The 2021 FIA Candidate Event was also a round of the Italian Off-Road Series and was won by Sergio Galletti and Guilia Maroni in a Toyota Hilux Overdrive.

More information on the event website and Cross-Country Skiing Page on fia.com.

“Shake it and see what happens”: the confusing world of James Thierrée | Arrange

Everything you need to know about the Monaco F1 Grand Prix