the Duke of Sussexwho currently lives in his $14 million mansion in California after stepping back from royal duties last year, spoke at a webinar hosted by youth charity 5Rights Foundation.

The event was called Making Child Online Safety Happen and saw Harry speak to young people around the world to discuss what is needed to make child online safety a reality.

Prince Harry said in the event he hopes his children “never have to experience the internet as it currently exists”.

He claimed that the business model of social media companies does “exactly what it’s supposed to do”. Attract us, make us scroll, make us angry.

The event also brought together speakers from The United NationsAfrican Union and European Union.

It is unclear what fee, if any, the Duke received for his appearance.

Pundits could earn over £1million every time they give a speech after signing up with an elite agency.

The 5Rights Foundation described the toolkit as a “roadmap for policymakers and practitioners building a digital world that supports children and enables them to thrive, online and beyond.”

News of the webinar was first reported by 5Rights last week.

The charity said in a tweet: ‘We are delighted to have Prince Harry, The Duke of Sussex joining us at the launch of the Children’s Online Safety Toolkit on May 16 to discuss how how we can make the online world safer and kinder, especially for children.’

5Rights Foundation is a UK charity founded by Baroness Beeban Kidron, to help children and young people participate in the digital world “creatively, knowingly and without fear”.

This is far from the first time the Duke has voiced his concerns about the digital world.

Last year, Prince Harry was one of 15 commissioners and three co-chairs who conducted a six-month study into the digital “avalanche of disinformation” for the Washington DC-based Aspen Institute.

The report called for ‘increasing social media transparency and disclosure’, a ‘new proposal regarding the immunity of social media platforms’ and ‘ideas to reverse the collapse of local journalism and the erosion of media of confidence”.

Other “solutions” proposed in the report include promoting “community-led methods to improve civic dialogue and resist information power imbalances”; and “the responsibility of the ‘superspreaders’ of online lies”. 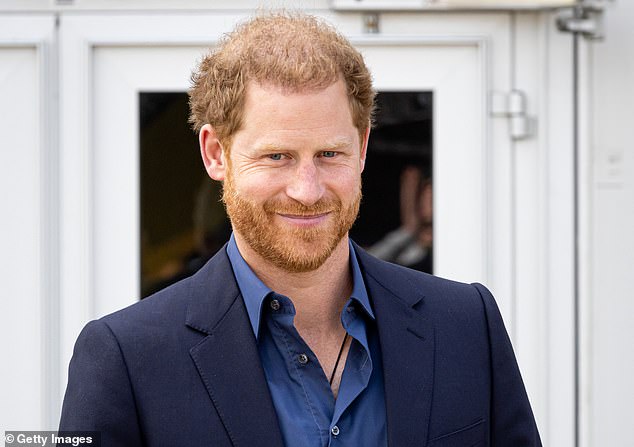 Prince Harry today helped launch an ‘online safety toolkit’ for children. The Duke of Sussex, who currently lives in his $14million California mansion after stepping back from royal duties last year, spoke during a webinar hosted by the youth charity 5Rights Foundation 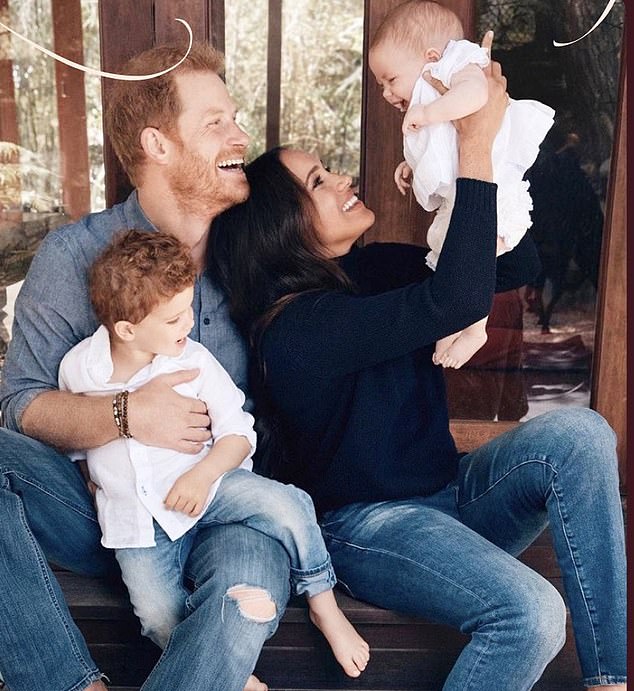 The event was called Making Child Online Safety Happen and saw Harry speak to young people around the world to discuss what is needed to make child online safety a reality.

The London-based foundation shared a tweet announcing the news online last week, saying it hoped to make the online world “safer and kinder” for children.

The Duke’s efforts to tackle fake news may raise eyebrows in some quarters, given that he and his wife Meghan Markle have been accused of making various questionable statements during their explosive interview with Oprah Winfrey in March this year .

Meanwhile, he claimed in an online panel called ‘The Internet Lie Machine’ that he and his wife had been targeted by online trolls, even though they did not have individual social media accounts.

He said social media sites should take responsibility and not spread “hate and lies” after Facebook whistleblower Frances Haugen revealed a series of documents alleging the tech giant placed profit above- above user safety.

The Duke and Duchess joined the New York-based Harry Walker Agency, which represents the Obamas and Clintons, last year.

PR expert Mark Borkowski told The Sun that the pair are “cleaning up”. They plan to be available for discussions on social issues such as racial justice, gender equality, the environment and mental health, according to the LA Times.

“I’m surprised they haven’t done this sooner. This will be one of the big revenue generators for them. The speaker circuit is a safe natural space that they can raid,” he said. -he adds.

Transfer of Robert Lewandowski: the star of Bayern, the club makes its positions known

2022 NBA Mock Draft: Chet Holmgren's skills and size too good to pass up at No. 1

“The whole world has gone mad! » Kate Bush on the success of Running Up That Hill | Kate Bush

Are all believers disciples?