French Open 2022: Why do Russian and Belarus players compete at Roland-Garros but not at Wimbledon?

With the ongoing war in Ukraine, the organizers of the French Open and Wimbledon have made different decisions regarding the participation of athletes from Russia and Belarus.

sports news has all the latest information on where Roland-Garros stands vis-à-vis the Russian and Belarus competitors in relation to Wimbledon.

Will Russian and Belarusian players participate in the French Open 2022?

The organizers of the French Open have decided do not follow Wimbledon and ban Russian and Belarusian competitors from the Grand Slam tournament.

However, tournament director Amelie Mauresmo made it clear that if any players show their support for Russian leader Vladimir Putin, sanctions will follow.

“The national teams of Russia and Belarus are banned, but not the athletes as individuals, as long as they play in strict neutrality. We will be very careful about this.

“If any of them make pro-Putin statements in the media, there will definitely be sanctions.”

Why were Russian and Belarusian players banned from Wimbledon?

Due to the involvement of Russia and Belarus in the war in Ukraine, teams and athletes from the two former nations have been banned from participating in certain sports competitions or have had sanctions imposed on their involvement.

Wimbledon organizers All England Lawn Tennis & Croquet Club have already officially announced they will ban russian and belarusian players for the major Grand Slam in June.

It should be noted that the ATP does not support Wimbledon’s decision to exclude Russians and Belarusians.

AELTC chairman Ian Hewitt said the decision was made because the organization did not want Russia to use the success of its event for its own benefit and also for the safety of players and families.

“Firstly, even if we were to accept registrations (from Russian and Belarusian players) with written statements, we would risk their success or participation being used for the benefit of the Russian regime’s propaganda machine, which we could not accept. “, said Hewitt, as quoted by USA tennis world.

“Secondly, we have a duty to ensure that no action endangers the players or their families.

“We deeply understand and regret the impact this will have on everyone involved.

“We believe we made the most responsible decision possible.

“We believe (given government guidance) that there is no viable alternative in this truly exceptional and tragic situation.”

Which Russian and Belarusian players are affected by the Wimbledon ban?

Daniel Medvedevwho briefly took the No. 1 spot from Novak Djokovic earlier this year, and former world No. 1 Victoria Azarenka would headline the top 50 male and female competitors excluded if Russian and Belarus players were banned from Roland Garros.

World No. 8 Andrei Rublev, Karen Khachanov (#26) and Aslan Karatsev (No. 34) would be the other Russians expelled from the men’s draw, along with the Belarusian world No. 48 Ilya Ivashka also to be left out.

In the women’s draw, Azarenka would be joined away by fellow Belarusians Aryna Sabalenka (#5) and Aliaksandra Sasnovitch (No. 50), while five Russian women Anastasia Pavlyuchenkova (#15), Daria Kasatkina (No. 23), Veronika Kudermetova (#25), Ludmila Samsonova (#26) and Ekaterina Alexandrova (#45) would also be excluded.

“I will always condemn war; I will never support war being myself a child of war,” he told reporters in April.

“I know how emotionally traumatized it is. In Serbia, we all know what happened in 1999. In the Balkans, we have had many wars in recent history.

“However, I can’t support Wimbledon’s decision, I think it’s crazy.

“When politics interferes with sport, the result is not good.” 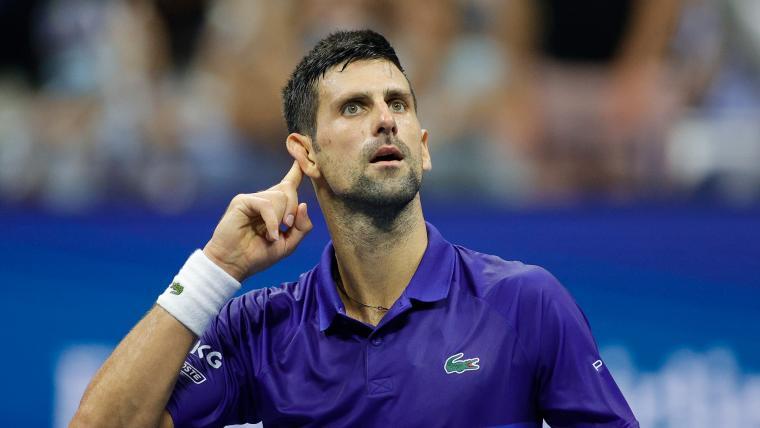 “I think it’s very unfair to my fellow Russian tennis players, my colleagues,” he said at the Madrid Open.

“In that sense, it’s not their fault what’s happening right now with the war.

“Let’s see what happens in the next few weeks, if the players will make some kind of decision… there is one thing that is negative, there are things that are clear.

“When the government imposes restrictions, you just have to follow them.”

“I am not in favor of banning players,” he said in early May. “Advice from the government has not been helpful.

“My understanding of the guidelines was that Russians and Belarusians can play if they sign a statement that they are against the war and against the Russian regime.

“I don’t know how comfortable I would feel if something happened to any of the players or their families (as a result). I don’t think there is a right answer.

“But I also know some of the people who work at Wimbledon, and I know how difficult a position they were in. I feel for everyone, I feel for the players who can’t play, and I don’t support a team or the other.”